So I went to my first comic convention since going to the Guelph Comic Jam in 2019. 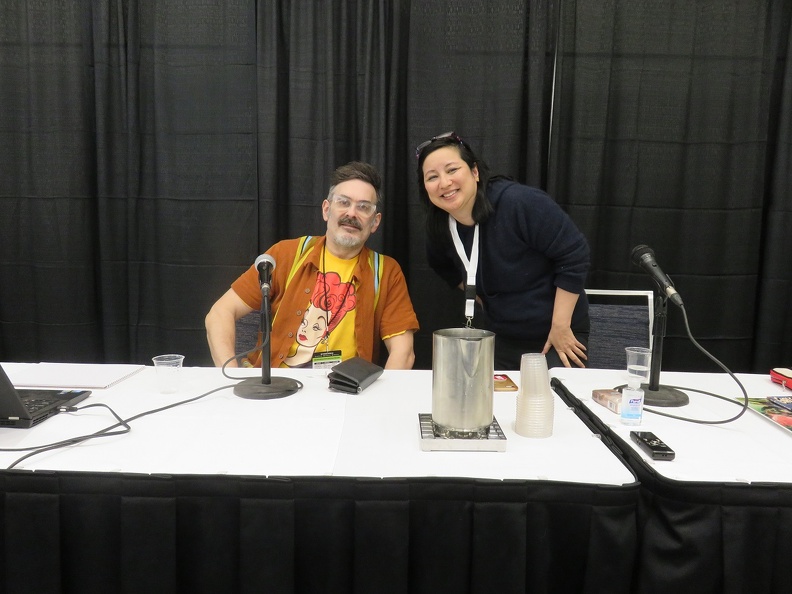 Centre. I went with a friend who like me, was a little anxious about going to a comic convention when Covid is still active. We decided to just go up and down for 1 day and do it on Sunday, which is the normally the least crowded day of the convention. I bought some N95 masks for us and hoped for the best.

Late last year when the Covid numbers were down the convention did put on a show and the reviews coming out was the organizers did a good job of spacing everything out, which was nice to hear. This convention in particular is a bit notorious for packing people in like sardines, leading to regular log jams when trying to make your way through the isles. Sadly this was more of the same, but they did require masks to be warn inside and from what I saw 99.9% of people complied. It was a large crowd (much bigger than I was expecting) but I only saw a few people walking around without a mask or wearing it under their nose.

I was told by multiple people that Friday was crazy busy. It seems there was pent up demand for a convention and people came out in huge numbers to participate in this one. Saturday was either almost as busy as Friday and Sunday was less busy as expected. Most of the comic guests were Canadian, with only a small number of Americans coming over the border to attend. This is likely due to the requirement that people pay for, take and provide proof of a negative Covid test just prior to coming into the country. I do not believe there are any tests required to travel to the US. I know I wasn’t asked to provide/take one the two times I drove over the border and back late last year.

Regarding the show I did a little bit of shopping and some catching up with creators I haven’t seen or spoken to in a couple years or more. I took some photos of creators and cosplayers and I attended and recorded a panel put on by Amy Chu and Dan Parent called Let’s Talk Story: Writing for TV and Comics. They spoke to a room with a fairly large number of aspiring writers and spent most of the time answering questions from them. It was mostly about comics but with a bit of TV writing thrown in.

As usual with conventions of this type there is always an odd moment that only happens at a comic book convention. Mine was in the bathroom after the show ended. I saw a guy trying to get out of his Spider-Man suit but couldn’t reach the zipper in the back, so I helped him out. In all it was a good, light show for me to get back into the swing of doing comic conventions again. Thankfully driving to the show and parking nearby was probably the best experience I’ve had attending this show ever. If they have another later this year and it feels safe I will probably attend it for multiple days.