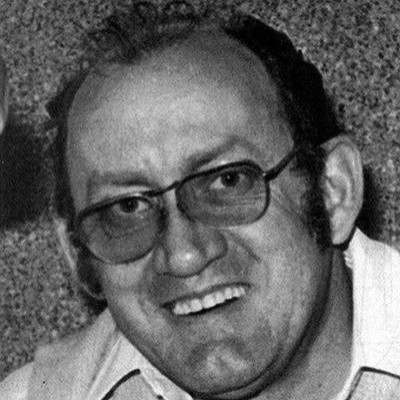 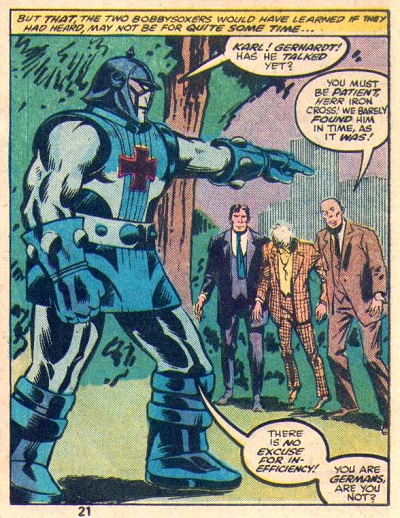 This is my interview with Steve Darnall. He’s probably best know for co-writing Uncle Sam, a Vertigo book he did with Alex Ross. It is a fantastic book and I’m surprised Darnall didn’t get a lot more mainstream comic writing work out of it. This interview was originally published in May 1998.

An Interview with Steve Darnall
Steve Darnall is best known for teaming up with Alex Ross and writing Uncle Sam, a book published by DC Comics. He also writes a comic called Empty Love Stories and is here to talk to us about comics, politics, his current and upcoming work.

Jamie: What is your book Empty Love Stories about?

Steve Darnall: For practicality’s sake, it’s a satire of old romance comics–and more importantly, about the attitudes many of those romance comics espoused. A great number of those stories of the 50s and 60s were written by middle-aged men–often men needing some money before the next superhero or western script came in–and aimed at adolescent girls. Now, if you were to ask a hundred people at random, “Which demographic do you think should be giving young women advice that will shape their lives forever?” I doubt very much if the first answer on their tongues would be, “Middle-aged men.” It’s absurd. So I just decided to be absurd in the extreme.

In the grand, philosophical sense, it’s about the fear of being alone.

Jamie: How long have you been doing Empty Love Stories?

Steve Darnall: The first issue came out in late 1994, another in ’96, a third earlier this year, and we’re planning to reprint issue #1 in July of this year–with another new issue scheduled for January–so that makes almost four years of sporadic loving.

Jamie: Where did you get your start in the comic industry?

Steve Darnall: The embryonic moment came when my friend Alex Ross came to me with an eight-page story he’d done involving the origin of the Human Torch. He wasn’t feeling very confident with his script and asked me to try my hand at it. I did so, we rammed the two scripts together at high speed and suddenly, I’d helped to write a comic book story. Some years later, the story appeared in Marvels #0.

As far as landing a position that suggested I could be in this business for awhile, that came when I took a editorial position at a trade publication called Hero Illustrated in 1993. I learned an awful lot about the industry, worked with some good people, won an Eisner Award and got to cultivate a lot of friendships–some of which I still maintain.

Jamie: Have you ever sent proposals to Marvel and DC? If so what were they?

Steve Darnall: Oh, sure. They were among the many companies that turned down Empty Love Stories–Marvel’s paying the price for that one now! Obviously, Uncle Sam came about in part because of a written proposal. I recently sent something to DC regarding a Batman story, but I hear there’s a long line of folks ahead of me waiting for that character.

Jamie: What inspired you to write Uncle Sam and pitch it to DC Comics?

Steve Darnall: The initial inspiration came from an evening spent over at Alex’s where I mentioned that Sam was one of the few unjustly neglected characters in the DC or Marvel Universes. At that point, the light bulbs over our heads went off. Over the next year or two–a period filled with the Persian Gulf War and the Los Angeles riots and the looming Presidential elections–we discussed the idea that there were really two Americas, the flawless giant we were told about and the rather fragile creature we were seeing in the raw. Then, as the years went by and one of us became a hot property–I’ll let your readers guess which one–Karen Berger approached the hot one about the idea of doing something for Vertigo. Alex brought up “U.S.” and the ball was officially rolling.

Jamie: I’m sure you got some reaction from conservative readers regarding Uncle Sam, how did you deal with them?

Steve Darnall: I accepted them as part of the diversity of opinions that make this nation great and wished they could have directed some of their indignation towards their elected officials, who are doing a far better job of selling us down the river than I ever could.

Jamie: I got to ask this.. Who did you vote for in the last election?

Steve Darnall: Let me put it this way: neither Kang nor Kodos.

Jamie: What new books will you be writing?

Steve Darnall: The one thing that remains firmly in place is writing and publishing Empty Love Stories–something of a job in itself these days–and I’m working on getting a new issue written this spring so my artists can have it ready for release next January–just in time for Valentine’s Day. Jeff Smith is scheduled to do the cover. I’m keeping busy freelancing for some other media, in case the powers that be sink comics entirely.

Beyond that, I’ve got a couple of things in the pipeline but nothing so final that I want to talk about it now.

Jamie: As a writer, who are your influences?

Jamie: What comics do you recommend to other readers?

Steve Darnall: Of the current crop, my hands-down favorites are Bob Fingerman’s Minimum Wage, and Linda Medley’s Castle Waiting. I’ve never been big on fantasy storytelling but Linda’s work has a great sense of humor and I’m always drawn to that clean, fluid style of art. I thought Ragmop was tremendous; I was really sorry to see it go. Starman has always impressed me: it’s great to see DC publish a book that’s basically about getting along with your father. Let’s see…Palookaville, Manya, Action Girl, Scary Godmother, Bone…I must like Lethargic Lad, since I’m always calling Greg Hyland with story ideas I hope he’ll use…the EC reprints, of course…and of course, anything by Evan Dorkin.