Originally published in February of 1999. I did this interview in part because my editor Sheryl Roberts was a big Legion of Superheroes and Paul Levitz fan. After I e-mailed it in she thought I was hard on Paul (brutal was the word I recall) and she told me she e-mailed him an apology for the interview. Every time I re-read this interview I cannot find what I asked that was so hard, except perhaps some industry ‘comics not selling as well as they used to’ stuff and getting him on record on Bill Finger Bat-Man co-creator credit (which I think even Paul is happy has changed for the better). I’m not sure how Paul felt about it and I haven’t bothered to ask him either. I think this was the first ‘online’ interview that Paul did and if I remember right it would be several years before he did another.

An Interview with Paul Levitz

For those who don’t know who Paul Levitz is, look inside your DC Comics. You’ll see his name in the fine print beside the title ‘Executive Vice President and Publisher of DC Comics’. So he’s a big chief, but he was also a comic pro – best known for writing the Legion of Superheroes. He talks to us today about the state of the industry, current goings-on at DC, and his former work on LSH. 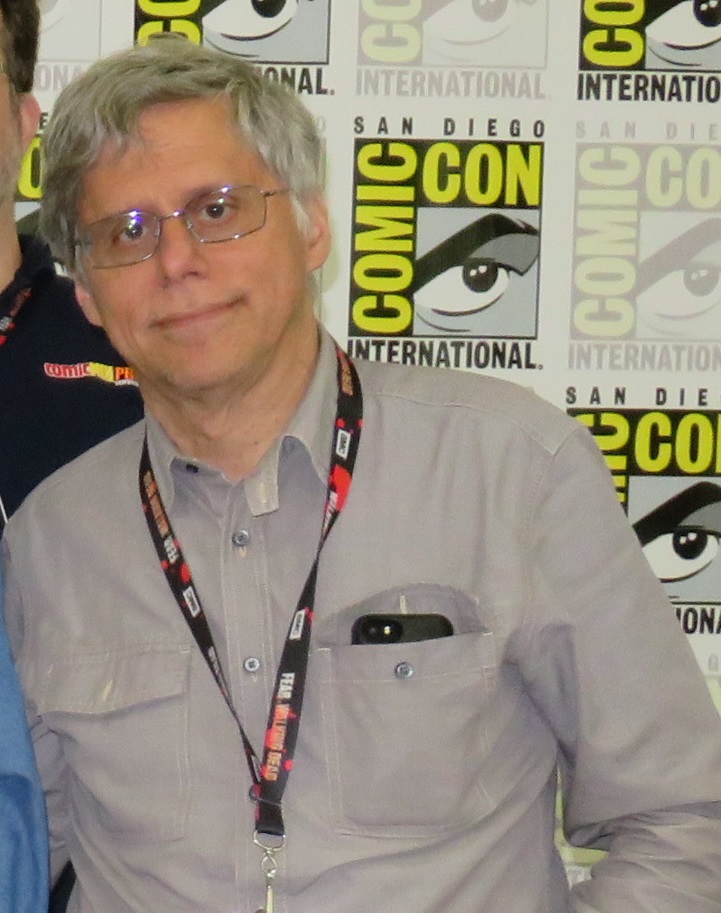 Jamie: Exactly what does the Executive Vice President and Publisher of DC Comics do? What is your job description?

Paul Levitz: The job is basically to supervise the day to day operations of the company. I spend the majority of my time on our publishing business, and the balance working with our product, promotional and media licensing.

Jamie: What was the path that took you from lowly fanboy to VP of DC? What kind of educational preparation did you get and how did you get hired at DC initially, and what did it take to stay there and to move up?

Paul Levitz: The path is mostly luck, I suspect, and being in the right place at the right time. I was going to NYU’s business school while I was working as an assistant editor at DC (two days/wk of one, three days of the other–the work providing the means for me to pay for school, obviously). Joe Orlando had hired me to do his text pages freelance while I was in high school, having decided from my fanzines that I could be a writer before I thought I could be, and later asked me to come on staff. Over the next few years, when more business/editorial opportunities opened up as Jenette arrived at DC, I was one of the rare folks with some knowledge of both.

Jamie: What is your opinion on the current comic market? Some people say it’s been niggling upwards since February ’98. Is this true?

Paul Levitz: I think the market’s fairly stable. The better retailers’ sales are rising, but we’re still losing some of the weaker ones.

Jamie: What do you think is needed to improve the comic industry?

Jamie: Some people think we need to change the 32 page pamphlet format to something else. Do you think we would gain readers if they were in Archie style digests or in magazines?

Paul Levitz: All depends on where you can offer those formats for sale. For example, the Archie digests are perfect for young girls with their supermarket display space, but I doubt that would work for super hero material…and Vertigo-type material wouldn’t even be allowed in the door.

Jamie: How is DC trying to get non-comic readers buying comics?

Paul Levitz: We did a major cross-promotion with Cartoon Network last year, giving away hundreds of thousands of comics and advertising this on tv. We’re also reaching out thru bookstores for our paperback formats.

Jamie: Over the last few years we have seen a number of quality books come out from DC like Chase and Young Heroes in Love but they soon get canceled. Do you have any idea why these books don’t succeed?

Jamie: Looking back on those titles, is DC going to do anything different with Keith Giffens new title Vext?

Paul Levitz: It’s different type of material, and perhaps that will help.

Jamie: What new titles and Archives can we look forward to in 1999?

Paul Levitz: I can never keep track of what stage we’re at in making announcements, so I don’t do them. Watch DC OnLine.

Jamie: Now that Hypertime is established in the DC Universe, will the Elseworlds label still be used?

Jamie: Hypertime has been called a continuity mistake fixer by some fans. Do you agree with this?

Jamie: Continuity has been a hot topic as of late. Some pro’s say it hinders the the industry, while others seem to revel in it. What’s your opinion on continuity?

Paul Levitz: I loved playing with continuity as a writer.

Jamie: Will there be any more Kingdom related story lines?

Jamie: Does DC already have something planned for the next ‘skip week’? If so, what?

Paul Levitz: Next one is a JSA stunt.

Jamie: Is there any chance Bill Finger will be credited as Batman’s co-creator in the Bat-books?

Paul Levitz: Not likely. Bill was technically Bob’s ghost writer rather than the co- creator, so for a host of legal reasons it’s unlikely to ever happen.

Jamie: What titles do you read that are not published by DC Comics?

Paul Levitz: Varies with the month…the new Spirit, Cerebrus, any of the classic Marvel titles when written by a writer I enjoy (I’m dipping into Thor and Avengers occasionally these days).

Jamie: What do you think caused the shift from dark/grim hero comics to bright/fun comics, and how long do you think it’s going to last?

Paul Levitz: The tide seems to shift with the mindset of the major writers working at a time. The grim/gritty crew had the tail end of Vietnam and Watergate as their childhood worldview, and that probably showed in the work. I’m not certain what the next generation responded to–maybe Reagan?

Jamie: Do you think this shift to bright/fun comics has hurt the Vertigo line?

Paul Levitz: I was a lifetime Legion fan, and at the time Jim gave up the book for a staff gig at Marvel (1976) I had a fair amount of influence over assignments, and must have begged/pleaded/persuaded Denny to give me the chance.

Second time out, Mike Barr was editing the series and talked me back on when I was between major assignments and the book came open.

Jamie: You’re work on the second run is far better than the first run. What changed to make you a better writer?

Paul Levitz: Mostly me. I had the maturity to stick to assignments I could do, instead of overcommitting my writing time and spreading myself too thin (result: fill- ins, sloppy work, etc.). Plus the great advantage of the long collaboration with Keith, at the peak of his fecundity.

Jamie: Speaking of writing, who were your mentors and what did they teach you?

Paul Levitz: Joe Orlando taught me the most about comics writing and editing. My creative inspirations as a writer came from Roy Thomas’ work, particularly on the Avengers, and therefore at one remove from Stan Lee’s. Denny was particularly helpful in teaching me how to tighten and edit my copy.

Jamie: It was fairly common knowledge in fan circles that you used cards to keep track of the characters in your second stint as LSH writer. How exactly did that work?

Paul Levitz: Never used cards, actually. Probably comes from a remark about using a SCORECARD to keep track. Basically, a column down the left spelled out the plotlines I had in works. Sequential columns were labelled by upcoming issues, and indicated the developments I expected.

Jamie: We know that you were for the reboot of the series when it happened. As a fan instead of “The Boss,” what do you think of the post boot Legion now?

Paul Levitz: Couple of good stories–particularly the riff on xenophobia–but I’m a harsh judge because I can’t help seeing it through the eyes of my personal preferences. It’s not a title I can judge objectively.

Jamie: What can fans do to show their commitment to the Legion if they don’t feel the current books are worth buying?

Jamie: What conditions would have to be in place for you to consider a third stint at writing the Legion books?

Paul Levitz: Never thought I’d do a second run, so I certainly don’t expect to do a third. When I’m done with the day job, who knows…