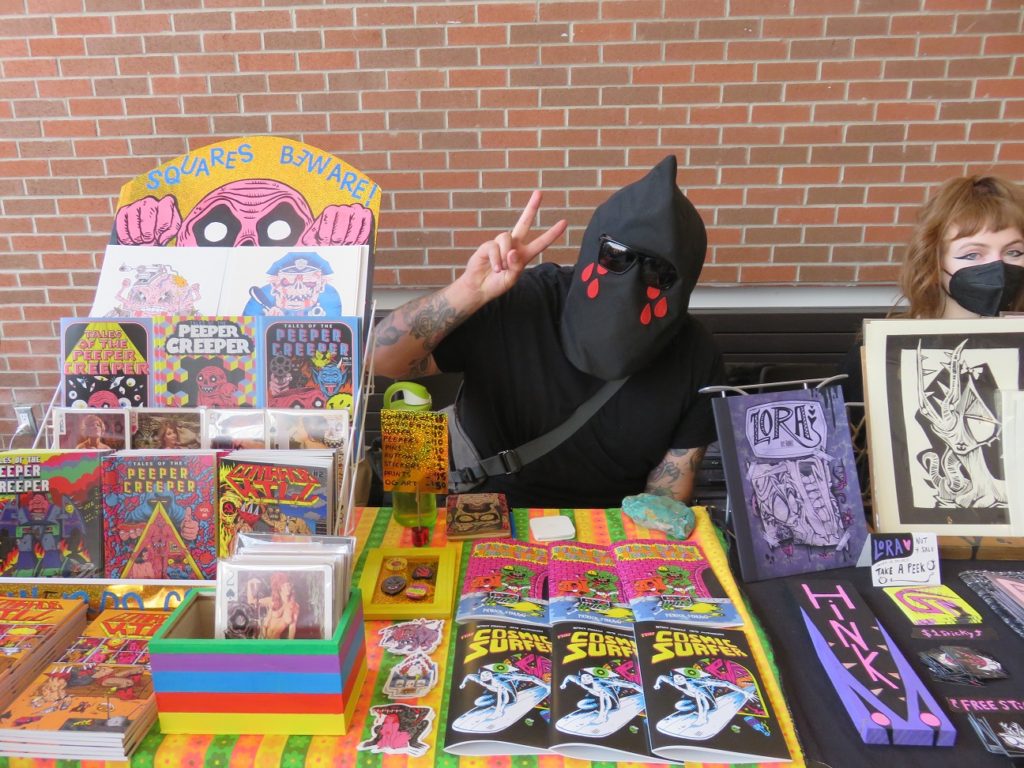 The Toronto Comic Arts Festival happened last weekend (July 17th – 19th) and it was somewhat different than previous TCAF shows. For starters it was being run by different people, who had to deal with a lot of uncertainty when organizing this convention. They likely weren’t even sure if it was going to happen and had moved it from Mother’s Day weekend in May to Father’s Day weekend in June to increase the chances of the event happening. In Canada Covid cases kept flaring up every time the province lessened restrictions necessitating the need to re-enact those restrictions.

The event thankfully did happen, but in a toned-down fashion. A lot of the off-site locations the show had used in the past were not used for what is likely a variety of reasons. Usually on Thursday night something is happening at the Pilot (nearby popular restaurant/bar) that normally had events/panels there in the past. Not only was there nothing happening on Thursday, panels weren’t held there during the event either.

I think the biggest impact on the show was the loss of the Marriott Hotel around the corner. This was the most convenient place to stay and many panels and the Doug Wright Awards were held there. I wasn’t able to get a room there so I had to settle for one 3 blocks away, which wasn’t so bad. I soon found out I was pretty lucky. On Friday there was an Academic Symposium happening at what I assumed was that hotel. I had walked around the corner to visit it only to discover the hotel was gone. It had been changed to an apartment building. After checking my phone, I discovered the hotel they were holding the Symposium was about 8 blocks away.

Library and Educator Day normally occurred at the Library on Friday, but they did that virtually this year. The Word Balloon Academy programming happened at the library in its place. It was previously held at the now removed Marriott Hotel. I only went to a couple of Word Balloon panels in the past but was looking forward to doing more. The panels were really good and I’m sure some were useful for creators. I recorded a few of them as part of my coverage of the event. Sadly there was a fire alarm pulled, which caused an annoying alarm to run for several minutes while fire fighters walked through the place checking to confirm it was a false alarm.

One thing that was normal was the TCAF Kick Off Event on Friday Night. It seemed to oddly indicate this was the 20th anniversary of TCAF which is not correct. First TCAF was in 2003, which I know as I was there and took photos. This was the 19th year of TCAF, next year will be the 20th anniversary of TCAF. It will be curious to see if they move the event back to Mother’s Day weekend or not.

Throughout the panels I recorded there were a couple of re-occurring themes. One was creators that went through a Fine Art education and then choosing to do comics. This was an international theme with creators from Portugal, the Nordic countries and the United States all spoke about their experience with this. The other was publishers being more open than usual about using government grants to finance books and being open about discussing print runs for books.

One thing about Toronto that continues to surprise me is how much businesses change in the area around the library. There used to be a Tim Horton’s and a Starbucks that was very popular with creators wanting coffee, but both were gone this year. Lots of other nearby restaurants and other businesses did not survive the past couple of years. 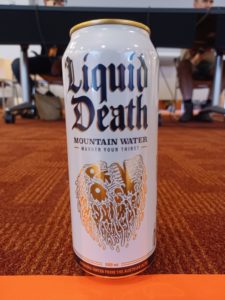 This year TCAF had a whole bunch of free water in a beer like tall can. The water was called Liquid Death and appeared to be quite popular. At the start of the show, they were giving it just to the panellists and exhibitors but half way through Saturday they started giving it out to anybody that wanted it. At the end of the show I saw a lot of attendee’s walking out of the library with 12 packs boxes under their arms.

TCAF itself was little different with the main floor not having the same number of exhibitors. Some of those that were there had reduced the number of tables they used. This did make the main floor feel less crowded and improved getting around, which was a good thing. Which exhibitors and creators that showed up was different, a lot of the usual faces were not there this year. I’m not sure if they pulled out due to the Pink Cat controversy, they weren’t comfortable doing the show for Covid reasons or if the new management decided to bring in new creators. 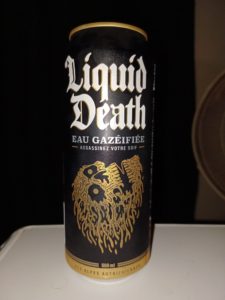 As usual the show took up 3 floors and the basement level as there was room there for some longer lineups. I’ve heard from a couple of exhibitors that were put in areas with less foot traffic were still happy with higher than expected sales. The “sun room” area on the first floor was a lot more spaced out and not as jammed with people as normal. It was also considerably cooler than previous years with that place being very hot with the bright sun shinning in.

The Doug Wright Awards were unfortunately not able to hold their awards ceremony at the Hotel like usual. Having it in a nearby park was not the best. While the weather thankfully co-operated and we had sunny skies, the constant wind did make it a bit chilly and the constant subways running under the park were disruptive. The organizers promised they’ll have the awards inside next year. Perhaps they’ll have it at the Pilot. I should mention I was a judge for the Doug Wright Awards this year and that was a pleasurable experience. It was nice to see the creators at the ceremony getting their awards.

I heard from a few exhibitors that the show had about 70% the attendance that it normally does and sales reflected this as well. One thing that might have also affected this was the TCAF: Page and Panel Comic Store was having a going out of business closing sale and were discounting much of their books by 30%. It was surprising and sad to see the store was closing. With inflation being what it is these days, lots of people were buying from the store.

As usual I did have a good time at the show. I did not buy as many books as I normally do because of the judging of both the Eisner’s in 2020 and the Doug Wright Awards this year left me with a fairly large stack of unread books I need to get through. It was nice to see some familiar faces I hadn’t seen in several years and people seemed as friendly or friendlier because of that. I’m looking forward to going 20th anniversary show next year.

The panels I recorded can be found here. There are also links to the pictures I took as well.